The metropolitan citizen observes the city with both fascination and fear. The city appears as an enigma, a text written in an unknown language. He tries to find an image of the city to store in his memory but the city's identity disappears within its own presence. He understands that the city is unstable and dynamic, that the urban text is continuously erased and rewritten : a text without beginning and without end. In order to keep a trace of the text's evolution it must be documented.

The metropolitan citizen decides to dedicate a place to the analytic study of the city : a place of observation, documentation and storage of information. A place where the urban realm will be systematically dissected, analyzed, and classified. A place of concentration and obsession. Overwhelmed by the endless amount of data to be treated and stored, the metropolitan citizen decides to use an existing storage building as a site for his project. Abandoned because its ambitious verticality became functionally obsolete, The Hollywood Terminal Storage Warehouse, built in 1926, now stands as a lost leviathan in the middle of the city. The building is a modernist collage, a field of abstraction pasted upon the city. Its flat verticality acting as a screen. The metropolitan citizen realizes that the blank of this built page can be used as an interface between the city and its mnemonic transcription.

The metropolitan citizen, however, has doubts : Is this ambitious project of analysis the only way to understand the city? He is overwhelmed by the extent of this task - the search for something which will always elude him. He remembers the freeways : the strips of asphalt juxtaposed upon the city. He remembers the beach : a blank between two radical conditions (the city and the ocean) where the citizen's body tries to forget the obsessive presence of the city. He remembers the illuminated white rectangle of the blank billboard at night advertising available space. He understands that theses places - the freeways, the beach, and the billboard - introduce a distance from reality. The blank of the page is meant to reveal the density of the text.

The metropolitan citizen decides to build another place, a space where he can forget the physical experience of the city in order to reintroduce its presence - a mental reconstruction of the fragmented reality. The distance from the urban realm creates a state of amnesia that will be the tool toward understanding (reading) and attraction (desire) to the city. The wall will be an interface between the city and the citizen's body; it's surface will be the screen on which the metropolitan citizen projects his/her desires. 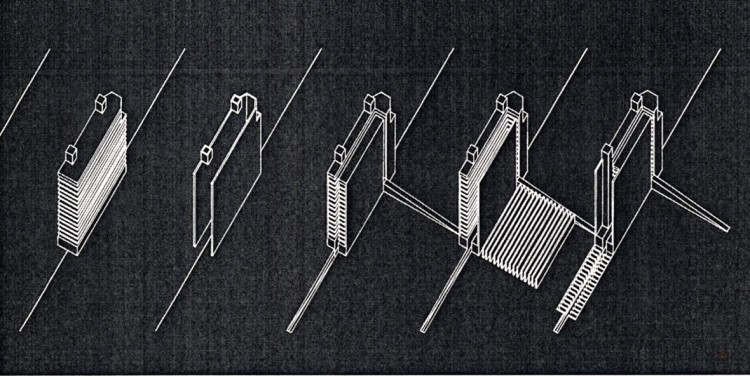 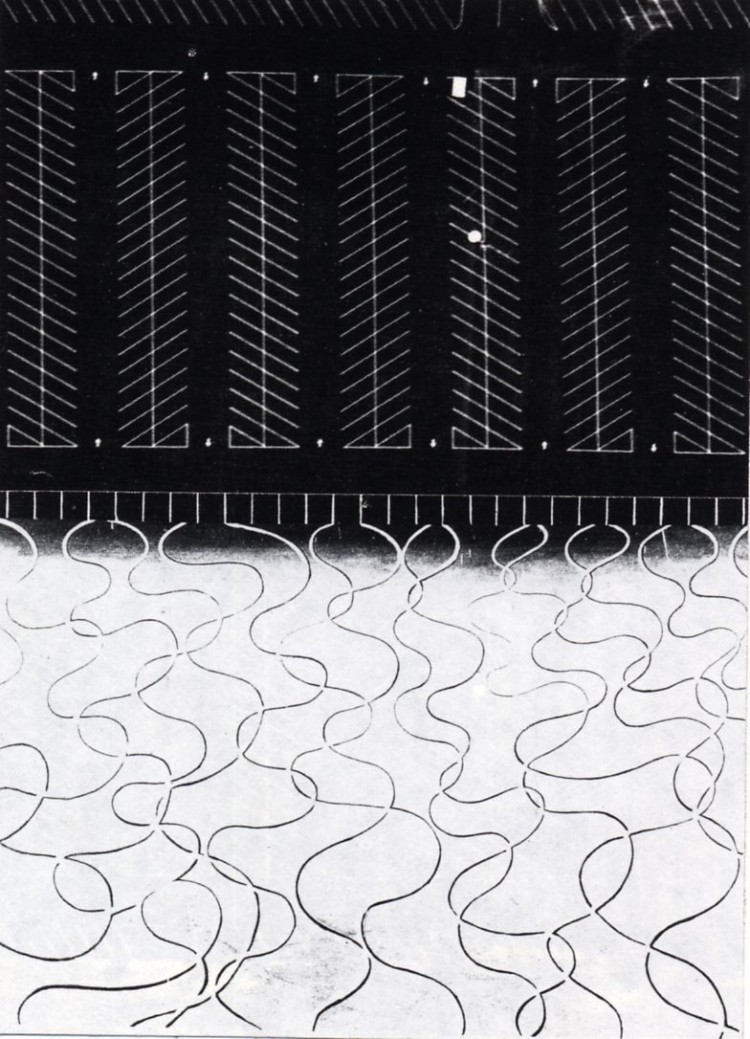 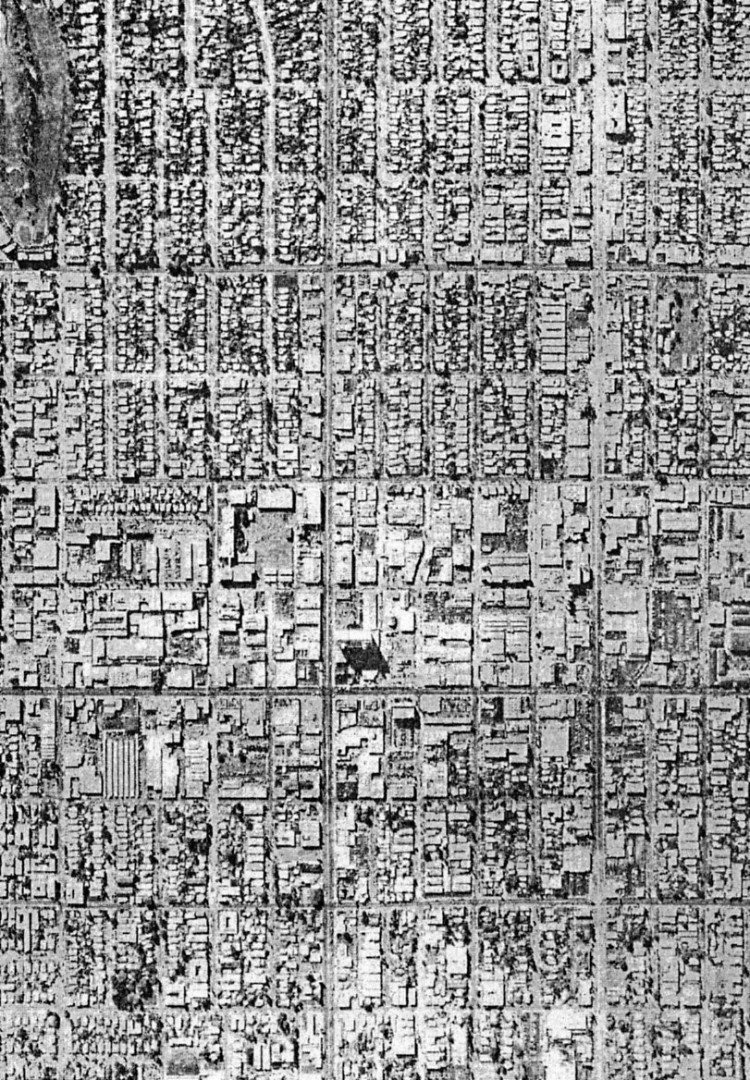 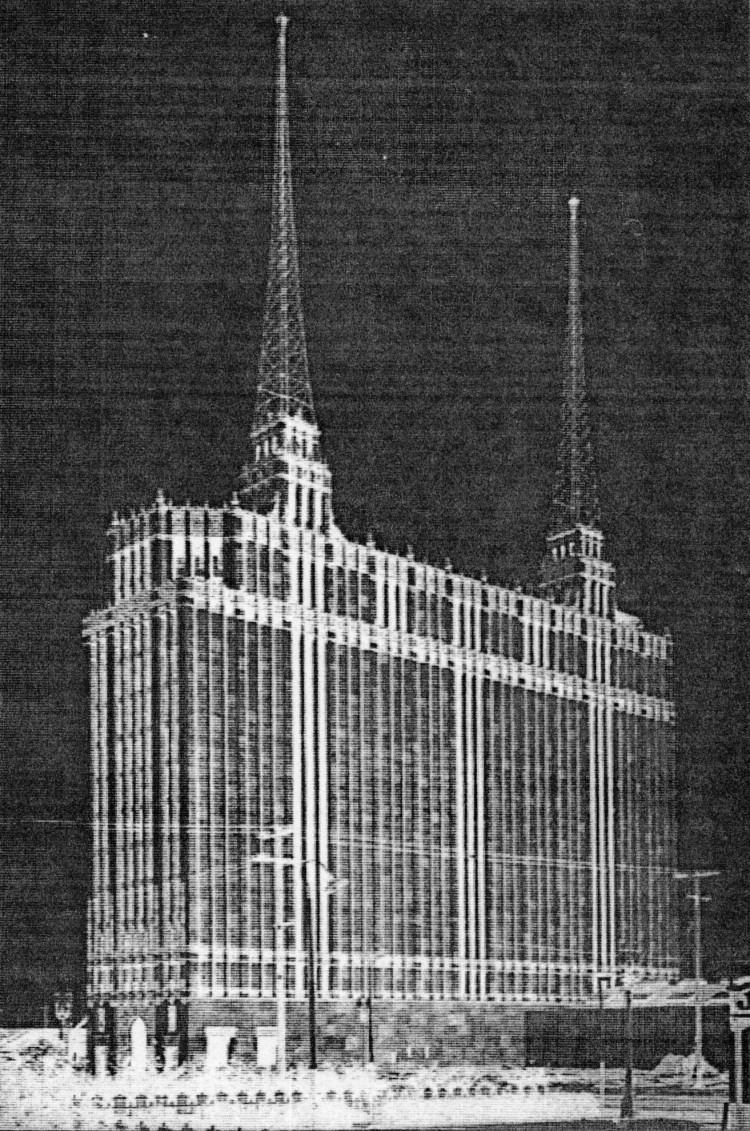 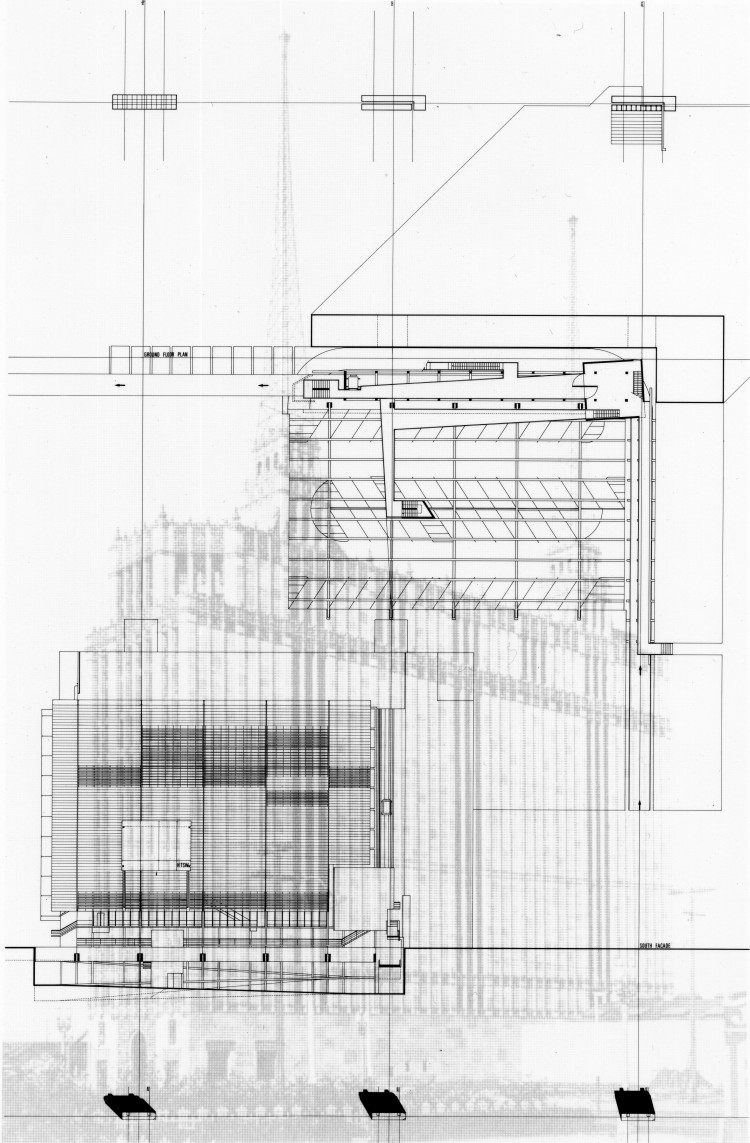 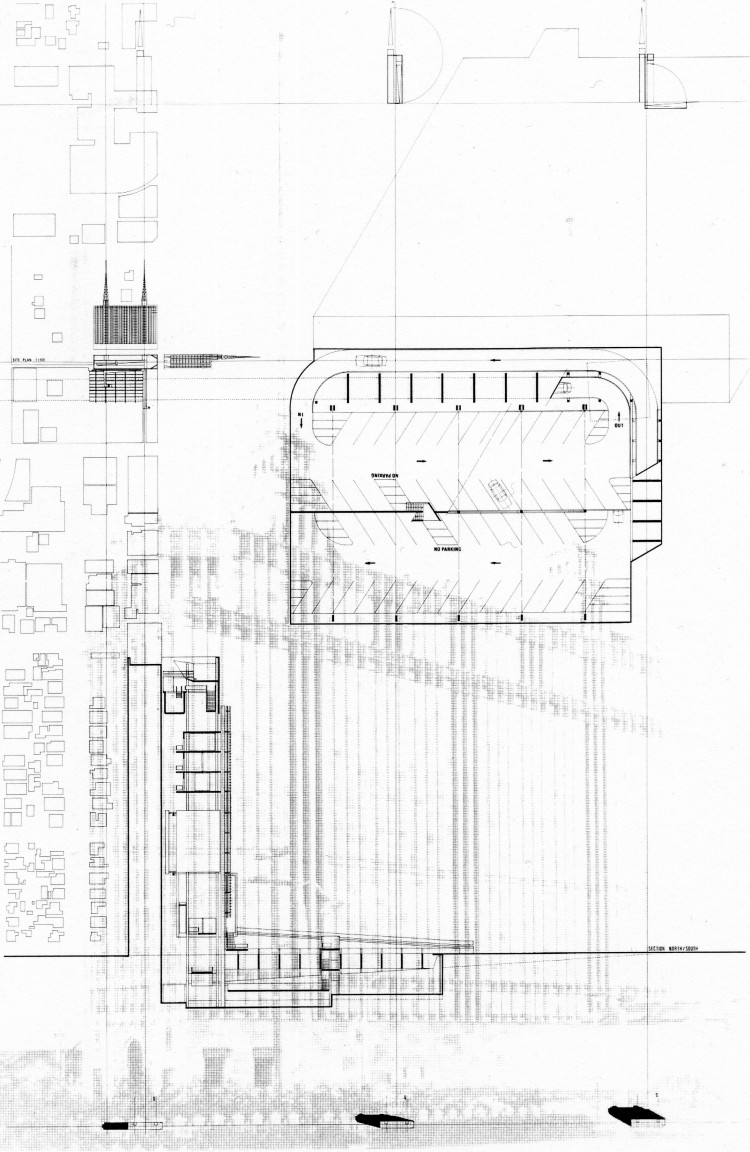 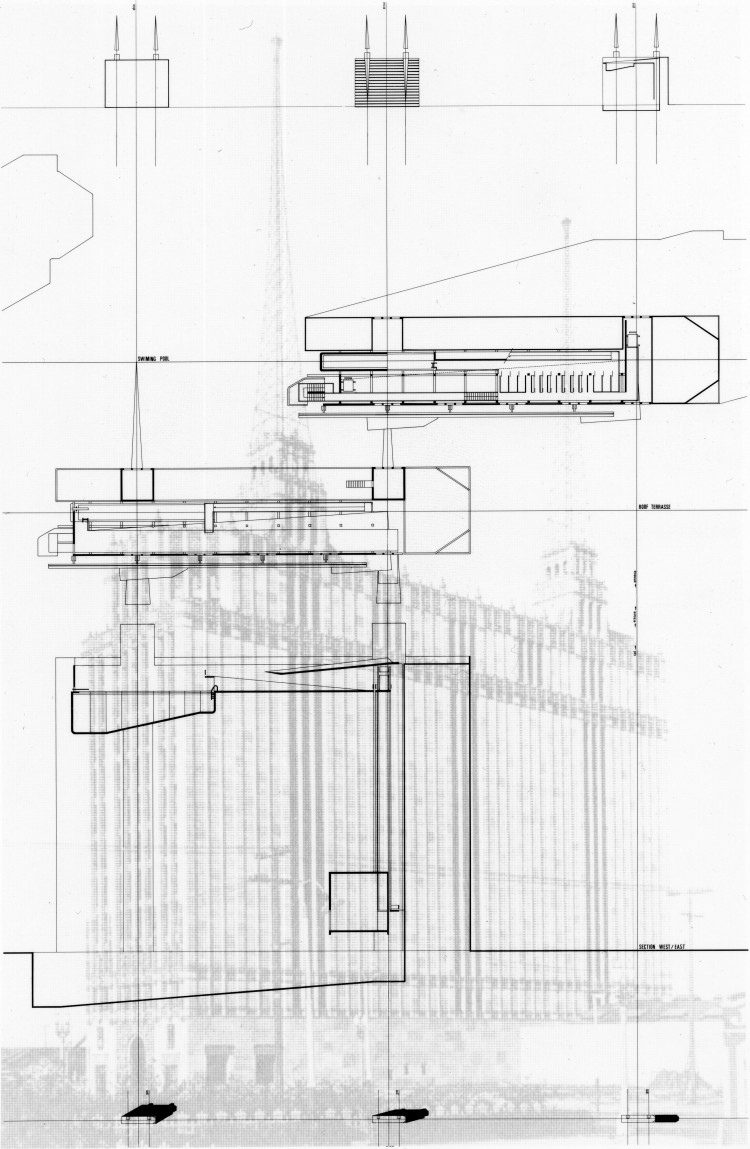 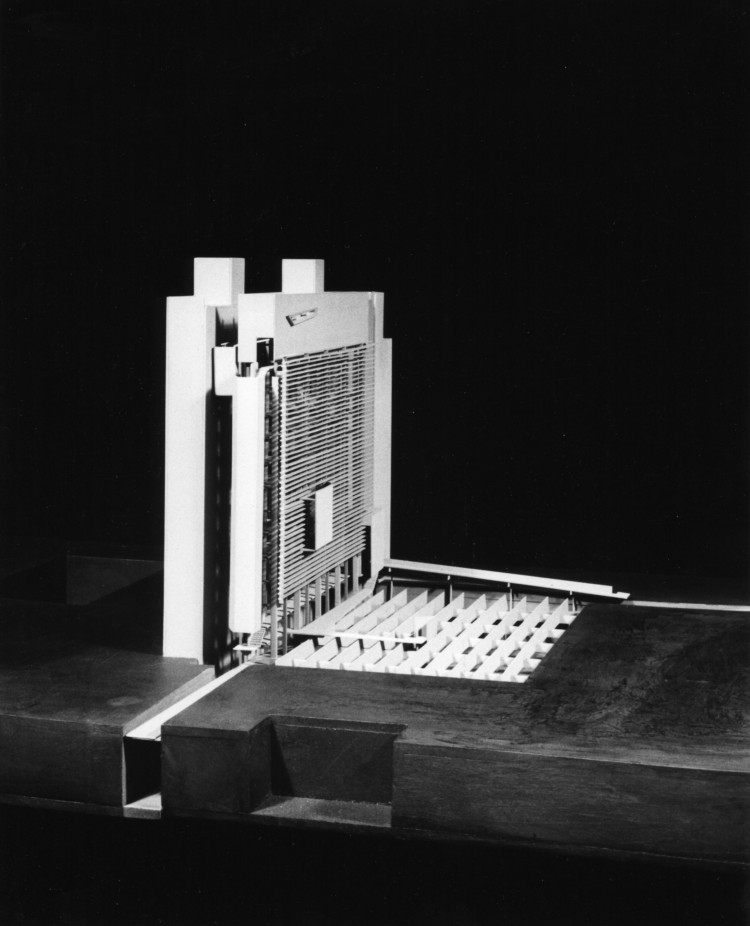